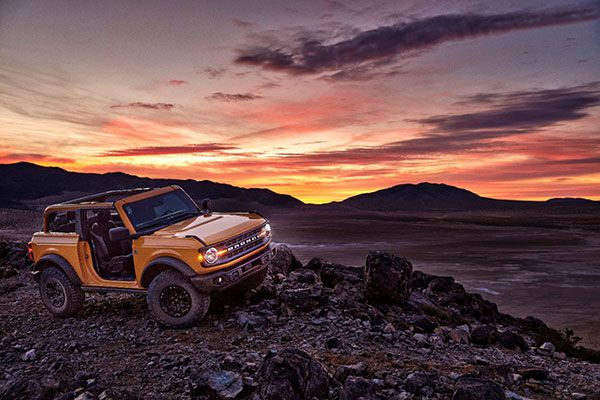 “Ford Bronco is an icon that has captured people’s imaginations and inspired them to explore the most remote corners of America and the world since the 1960s,” said Jim Farley, Ford’s chief operating officer. “As a new era for Bronco begins, we’re proud to tap the strengths of epic adventurers like Jimmy Chin and Disney storytellers to help bring Bronco to life and inspire millions of people to get out into the wild.”

Ford initially planned to reveal its all-new Bronco 4x4 SUV lineup in June at the revamped, outdoor-inspired North American International Auto Show in Detroit. After the coronavirus pandemic prompted auto show organizers to cancel the show for 2020, the Ford team reconceived the reveal strategy, aiming to pull in an even broader audience for its hotly anticipated Bronco debut.

The Bronco reveal marks the first time Disney CreativeWorks, Disney’s award-winning creative agency, is deploying custom branded content, across multiple networks during prime time on ABC, ESPN and National Geographic. Each film will air on the respective networks on Monday, July 13, during the first commercial break in the 8:00 p.m. ET hour. All three films will be available to viewers on Hulu starting Tuesday, July 14.